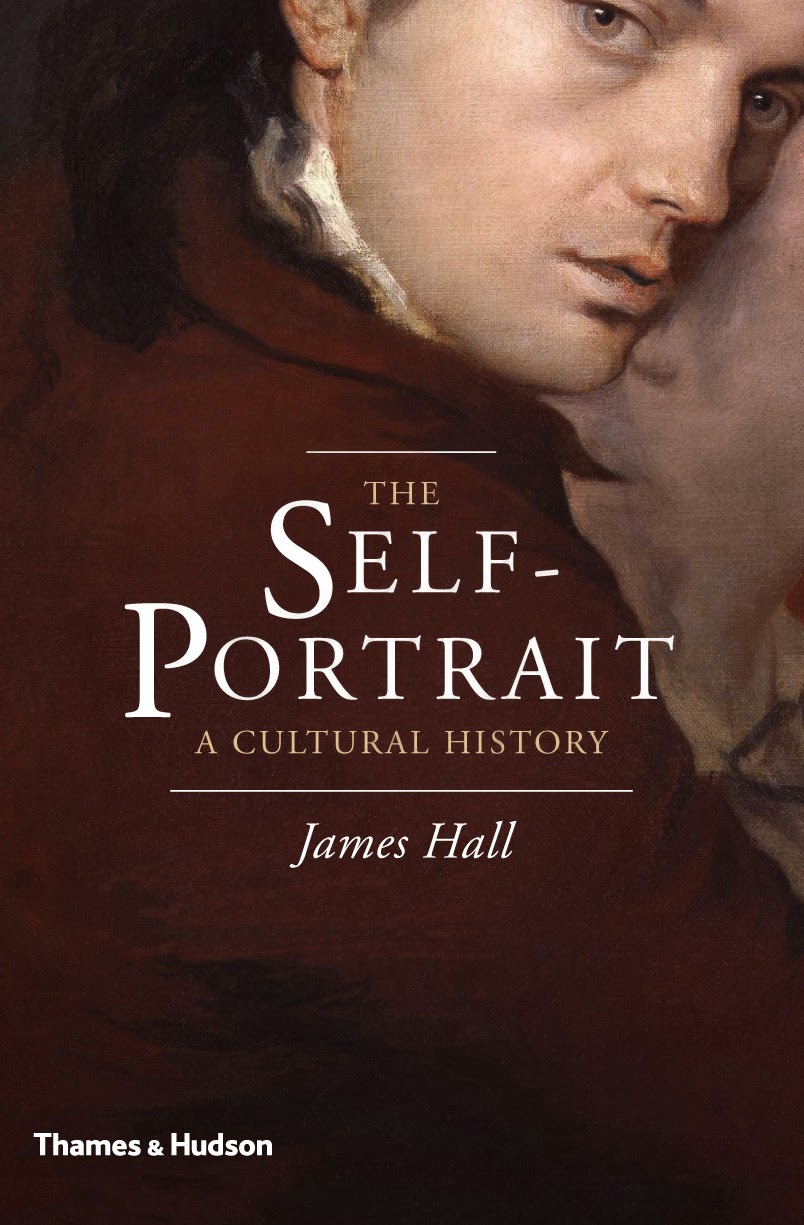 Self-portraiture is an artistic genre that is dominated by the works of a few towering figures of genius. Albrecht Durer, Rembrandt, Vincent Van Gogh, Frida Kahlo - there is no escaping their presence, front and center on this stage of art history.

James Hall's new book documents the history of how this "mighty fistful" came to crowd lesser - or at least less egotistical - figures to the sidelines. But the more we look at self-portraits, the centrality of the "greats" diminishes and fascinating insights into human nature emerge. Hall shows that the creation of self-portraits is a deep-rooted aspect of the creative impulse.

Of equal importance, self-portraits reveal as much about the "times" of the artists as about their lives.

The genesis of self-portraiture, as we know it, begins in the Middle Ages with monastic drawings which confound the idea that this genre deals with chest-swelling promotion. With trenchant insight, Hall examines the composition of works like St. Dunstan - Self-Portrait Worshipping Christ to show that the roots of self-portrait painting lie in Christian humility. 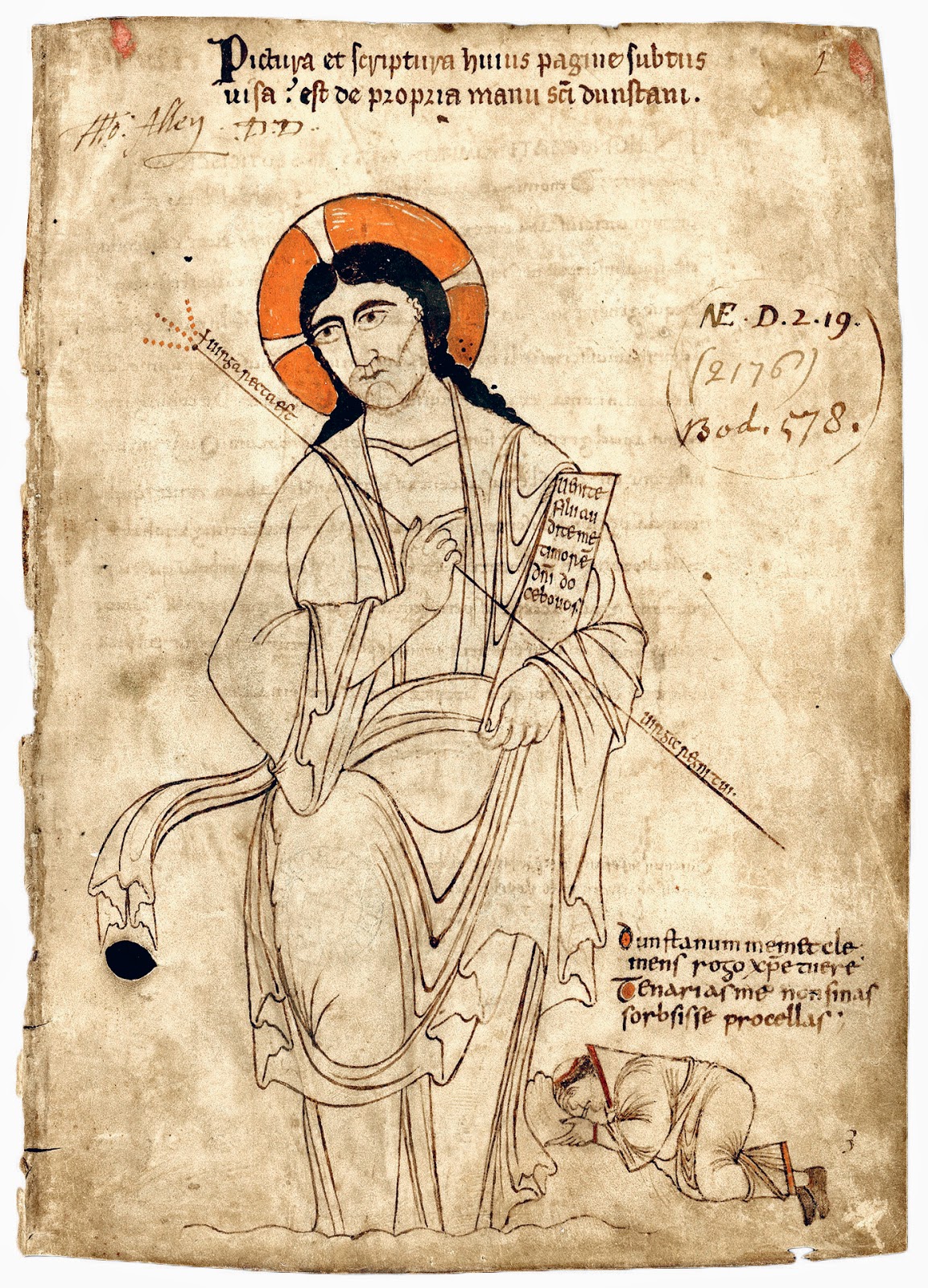 The depiction of a diminutive St. Dunstan kneeling before a monumental Christ figure so completely embodies the worldview of Medieval Europe that it is strange that it is not better known. Created around the year 950, in the characteristic "wiry" outline drawing of Anglo-Saxon England, it is evidently an autograph work by St. Dunstan. An accomplished goldsmith, Dunstan climbed the ladder of the ecclesiastical hierarchy to become the Archbishop of Canterbury in 959. You would never guess at his rank around the time it was drawn. Dunstan was then Abbot of Glastonbury, one of the most prestigious and mystical sites in the British isles, with a history reaching back to the lost age of King Arthur. Yet, Dunstan abases himself at the feet of Jesus.

In other works from the Middle Ages, red-haired Father Rufilius of Weissenau depicted himself illustrating the letter R in a twelfth century book about the Christian saints - while grappling with a menacing serpent, symbolical of temptation. Another twelfth century drawing shows an artist monk, Hildebertus, throwing a sponge at a mouse that is gnawing on his lunch. These medieval self-portraitists manifested a redeeming sense of their self-awareness and humanity.

There was not a tinge of self-abasement in Albrecht Durer (14 - 1528). Durer's self-portraits are the signature works of self-portraiture, along with Rembrandt's. One can read numerous meanings into Durer's depictions of himself and volumes have been written doing so. Hall is more circumspect than most commentators, many of whom see Durer's self-portraits as revelatory documents of mirror-gazing Renaissance individualism.

On a tactical level, Hall brilliantly demolishes the belief that new technology during the 1400's propelled widespread use of flat crystal mirrors. Instead of having to polish steel mirrors or puzzle out one's features in small concave mirrors, like that in the famous Arnolfini Portrait by Jan van Eyck, more time could be spent narcissistically gazing upon oneself.

Hall conclusively brushes aside that fable. Flat mirrors were an innovation of the early 1700's and remained extremely expensive for decades to come.

Likewise, the notion that full-scale self-portraits like Durer's or Raphael's were products of extreme egotism is debatable. Artists like Durer and Raphael were no longer monks or artisans. They were entrepreneurs and gentlemen who had to project an image of success to drum-up business. Hall quotes a letter from Durer during a visit to Venice to his patron back in Nuremberg: "How I shall freeze after this (Venetian) sun. Here I am a gentleman, at home only a parasite."

Durer's frontal self-portrait is a disturbing work, the identification with Christ edging towards messianic self-delusion. Prior to this painting, portraits or self-portraits were done either in profile or three-quarters view like the earlier one of Durer above. Only Christ was painted face-on so that faithful Christians could contemplate him as they had religious icons during the Middle Ages. Was Durer taking a step too far or was this picture a pious identification with Jesus, especially given the cult of the youthful Christ which was in vogue around 1500?

Hall cogently argues against giving too much religious significance to Durer's "full-frontal." He contends that it was more likely a work of clever self-promotion. Whatever interpretation one makes for the self-portraits of great Renaissance painters like Durer, there is no doubt that Hall scores a significant point in one of the major premises of his book. Hall contends that around the time that artists were posturing as heroes during the early 1500s, a countervailing trend arose of the self-portrait as self-mockery.

Hall sees these "mock-heroic" self-portraits as a form of penance. Whether Michelangelo's (presumed) self-portrait as a flayed skin held by St. Bartholomew in the Last Judgment is indeed a self-portrait has yet to be documented. The last half of the 1500's was a bizarre time, the era of Mannerism and melancholia. So perhaps this rather ludicrous image (which rather looks like a Halloween costume) is a self-portrait of Michelangelo. If so, it is an inside joke as well as self-mockery.

With Caravaggio, we are on indisputable ground that his Self-Portrait as Sick Bacchus is self-mockery. Even more riveting is Caravaggio's David with the Head of Goliath, painted after he had killed a man in a sword-fight in Rome in 1606. Caravaggio presented this painting to his patron, Cardinal Borghese, no doubt asking pardon for the crime.

The severed head of Goliath definitely bears the likeness of Caravaggio, worn-out by his tempestuous, dissipated life-style. But is the youthful David in this picture likewise a self-portrait? Does this stunning work of art depict the conflict of virtue against vice that rages within each individual human soul 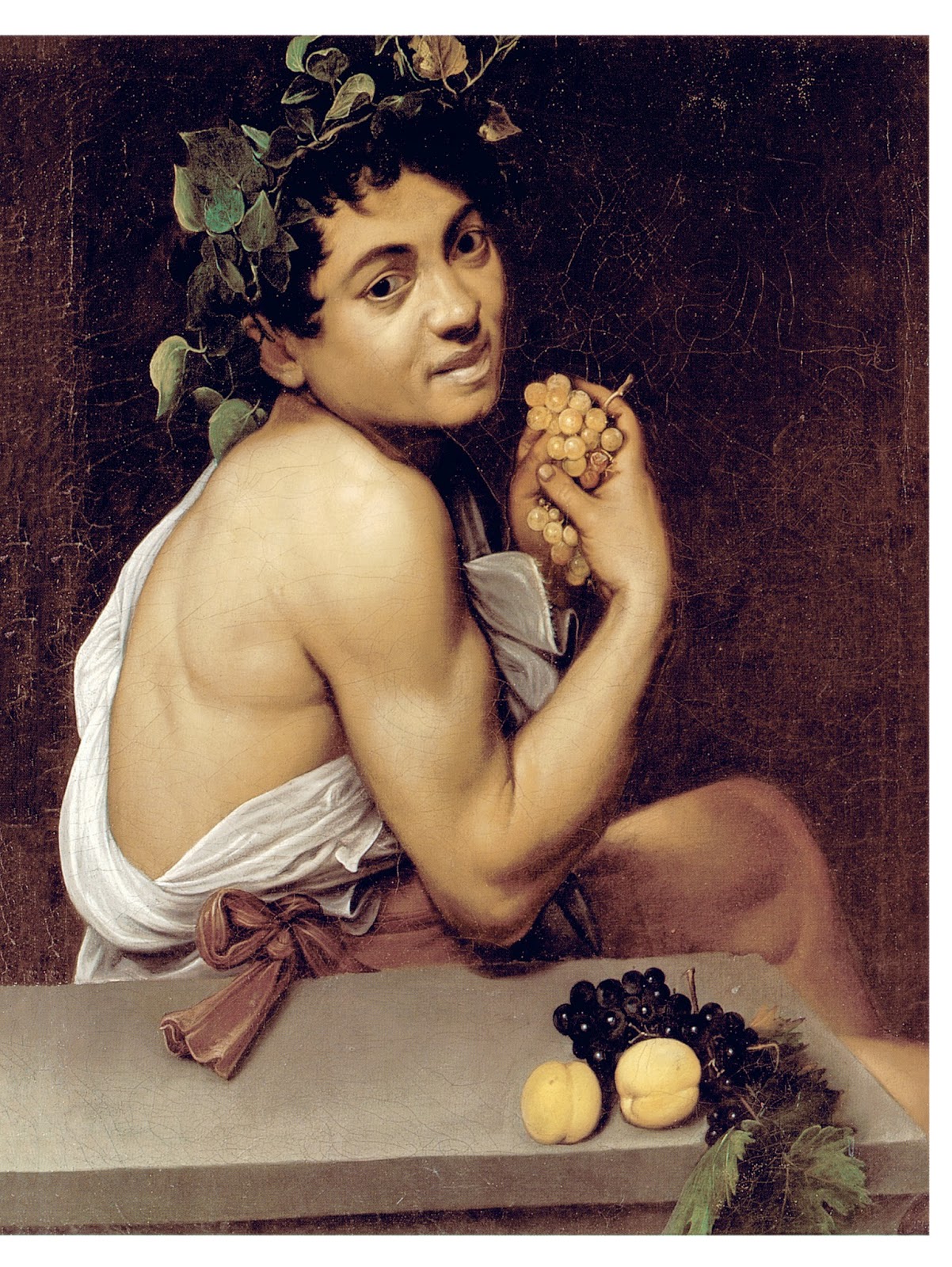 Once again, there is no documented "right or wrong" answer to these speculations. Hall does prove that a conflict raged within the artistic soul of most of the great artists of the West, which they attempted to answer in their self-portraits. The "choice of Hercules" of making a decision between virtue and vice, of creating heroic art or commercially lucrative work, oppressed the minds and spirits of many like Sir Joshua Reynolds. Hall writes that this "traumatic and complex" psychodrama was resolved in the way that Reynolds depicted himself in his self-portraits.

So too did Vincent van Gogh, Paul Gauguin, Edvard Munch and Frida Kahlo. Hall writes insightfully about them all.

I wish that Hall had also included the great nineteenth century master of Russian art, Ilya Repin (1844-1930), in his narrative. Repin created several outstanding self-portraits, the most notable being Double Portrait of Natalia Nordman and Ilya Repin (1903). In this memorable work, Repin places himself in shadow, his common-law wife in sunlight. Unfortunately, almost all of Repin's paintings are in Russian museums and are seldom displayed in the West.

Hall also writes with brilliance about the contemporary self-portrait. But it is to be wondered if many artists today, so completely absorbed in the "self", are creating actual portraits of themselves.

Is Tracey Emin's tent creation, Everyone I Have Ever Slept With 1963-95, a self-portrait? Are the figures cast from Antony Gormley's body - at first by his wife - truly self-portraits? Or do these works aim, as Hall concludes about Gormley's Another Place, to conceal as much as to reveal?

Perhaps the answer to these enigmatic contemporary art works is that they seek to raise questions about human identity - not to supply definitive answers.

That indeed is the over-arching effect of self-portraits down through the ages. We can now appreciate this thanks to Hall's perceptive study. Whether it is the prostrate body of St. Dunstan before a towering Jesus or the tormented Edvard Munch's Self-Portrait in Hell, self-portraits are ultimately not depictions of the artists' bodies but rather are portals to their souls.

Posted by Art Eyewitness at 4:47 AM