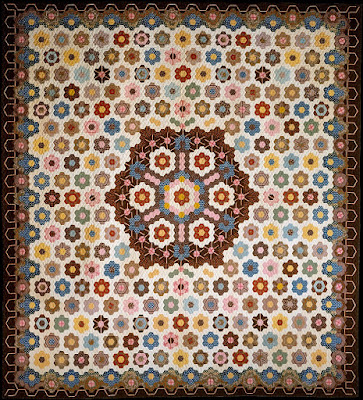 In 1886, the cigar-makers of Ybor City, Florida, hired a professional lecturer or Lector, to read to them while they worked. These skilled workers, hand-rolling cigars, were mostly immigrants from Cuba. The lector system had been in operation in Cuba for decades, providing ideas and inspiration to men of limited learning but of great power of mind and heart.

Generally, the lector read the newspaper in the morning and then, after lunch, chapters from classic novels, often with a social-justice theme. I suspect that modern-day lectors, if they still flourished today, would set aside Victor Hugo's Les Miserables in order to read aloud Craft: an American History by Glenn Adamson.

Craft is the kind of book that dedicated, hard-working and deep-thinking people can appreciate. The protagonists, ranging from Paul Revere, silversmith and "Son of Liberty" to craft entrepreneurs in 21st century America, are kindred souls to the cigarreros of the Tampa Bay area. 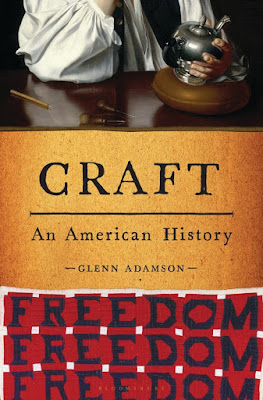 Glenn Adamson is clearly of the same spirit. One of the most influential theorists and writers about craft in the United States, Adamson was director of the Museum of Arts and Design in New York. His earlier books include Fewer, Better Things and The Invention of Craft.

As might be expected, Adamson's sympathy is with the artisan/worker rather than with "upper management." From America's earliest years, workers have had to contend with prejudice based on their ethnicity, race, religion, gender and age. We are still dealing with the legacy of such injustice, making Craft a "tract for our times," as well as an important work of historical research.

Before proceeding with a review of Adamson's book, several important points need to be considered.

Adamson's focus on craft is very much in keeping with contemporary standards of "diversity and inclusion." Any individually (or small-group) created product, from a blacksmith's hand-forged tool or a piece of studio-made furniture to Native American pottery or one-of-a-kind jewelry, comes within the embrace of craft.

Given the wide scope of craft, the opportunities for creative self-expression are almost limitless. Unfortunately, cut-throat competition and closed-shop protective measures come with the territory, too.

The craft code which traveled onboard the Mayflower retained more than a few traces of medieval practice. Anyone outside the trade guild or the artist's studio in early modern Europe was viewed as a competitor to be excluded. Skilled artisans, jealous of trade secrets and anxious to keep the patronage of haughty aristocrats, conformed to this ruthless business model at all cost.

Conditions in colonial America later gave some hope for improvement. The demand for labor was so great that most able-bodied White workers, including those who came to the colonies as indentured servants, could reasonably expect to gain a degree of prosperity and freedom far exceeding that available in Europe. 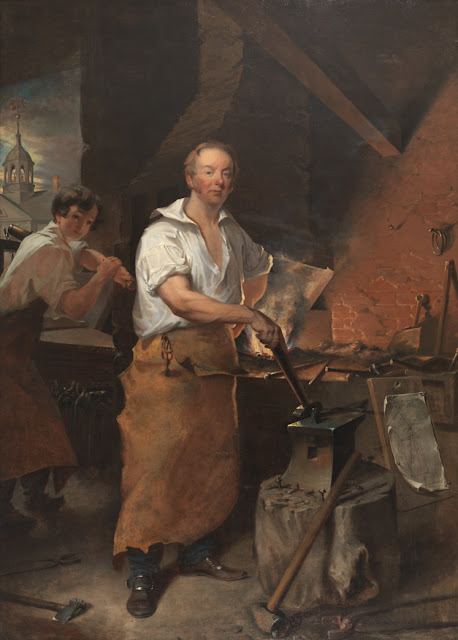 Even when these gains were realized, an independent American craftsman could quickly find himself in difficult straits. Adamson relates how, in 1798, a Scottish immigrant locksmith, Patrick Lyon, was falsely accused of being involved in a spectacular bank robbery. Lyon had worked on the iron doors of the Bank of Pennsylvania in Philadelphia. He was implicated in the heist, without any proof, incarcerated and then denied the right to sue for damages.

Lyon fought back in the court of public opinion. He commissioned John Neagle to paint his portrait as a self-reliant and defiant craftsman. He emphatically told Neagle that "I do not wish to be represented as what I am not - a gentleman."

Lyon had an additional comment on the travesty of justice to which he had been subjected. The powerful truth in his remark echoes throughout Adamson's narrative of America's social struggles:

"... the great when they have power, will often make a wrong use of it, and those who are inferior in rank, have little chance of justice."

Lyon's statement applied with even more resonance to African-American slaves, Native Americans driven from their lands and to women - of all social standing.

In the early chapters of his book, Adamson propels the narrative with biographical accounts of how craft workers from these excluded groups used skill and intelligence to advance their economic status and, in some cases, to secure their freedom. 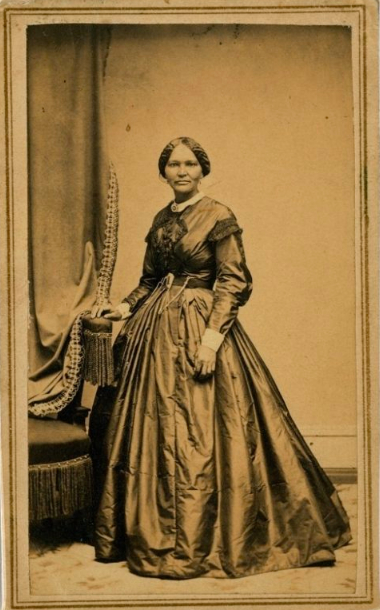 A prime example of one who achieved both these goals was Elizabeth Keckley. A talented seamstress, Keckley was born in 1818, the daughter of an enslaved African-American woman and a White plantation owner. After long years of bondage, Keckley bought her freedom - with the help of her patrons - in 1855.

Keckley moved to Washington D.C. and set up a dress-making concern. creating fashionable attire. One of her customers was Varina Davis, wife of the soon-to-be president of the Southern Confederacy, Jefferson Davis. Keckley made a silk dressing gown for Davis, himself, which she said "was worn by Mr. Davis during the stormy years" of the Civil War. 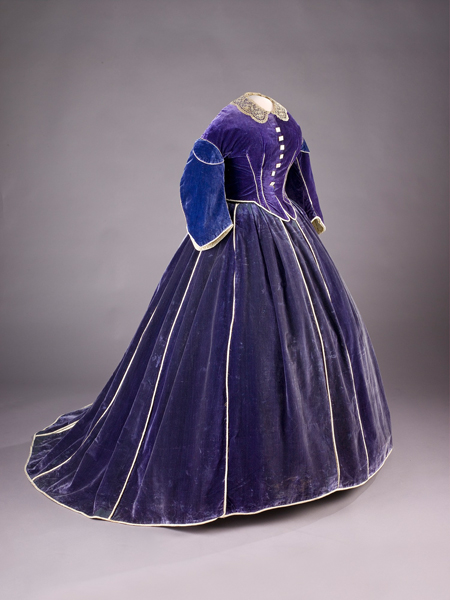 After the outbreak of the war, Keckley designed the wardrobe of Mary Todd Lincoln. Keckley became a close confidante of President Lincoln's wife, especially during her post-war bereavement. Keckley was still supporting herself with sewing when she died in 1907, aged 89 years.

Keckley's astonishing life journey revealed what a talented and determined person of color could achieve, when given the opportunity. Likewise, the gifted Hopi potter, Nampeyo (ca. 1856-1942), gained success with her skill in painting time-hallowed Pueblo designs on her pots and for innovating striking motifs of her own creation. 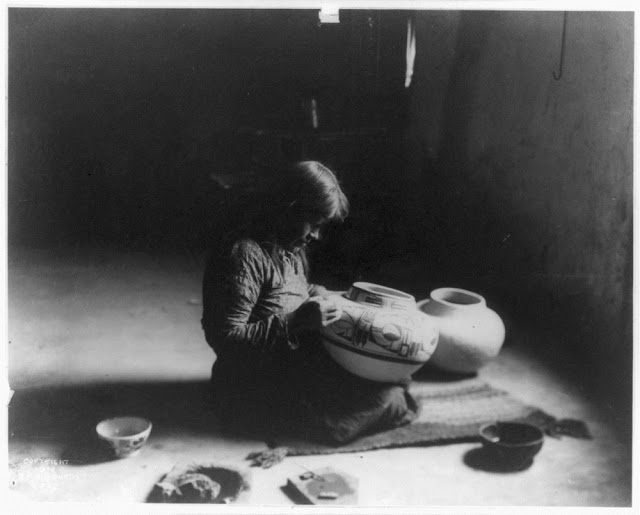 Nampeyo's achievement came in marked contrast to Elizabeth Keckley's.  It was Keckley's mastery of haute couture - her skill with needle and thread as good or better than many a White seamstress - that enabled her to succeed. Nampeyo's artistic ability was of the same caliber. But her success was based on Native American traditions, distinctive and time-honored, when compared with the mass market products of Gilded Age America.

Heritage and authenticity now became the touch stones of American craft.  These attributes, however, were deployed against the industrial juggernaut of the post-Civil War United States. It was a battle which individual artisans could never hope to win, especially after Frederick Winslow Taylor's "time and motion" techniques were introduced to speed-up factory productivity.

The later chapters of Adamson's book shift from focusing on individual artisans to efforts aimed at organizing and encouraging craft-making groups or co-ops. Many of these were from marginalized regions of the U.S., quilt makers from the rural South, especially the Appalachian Mountains, and African-American basket makers from the Sea Islands of Georgia and South Carolina.
With tides of immigration, urbanization and mobilization for global war reshaping America's identity, the emotional need for creating and cherishing unique crafts was a pressing concern. 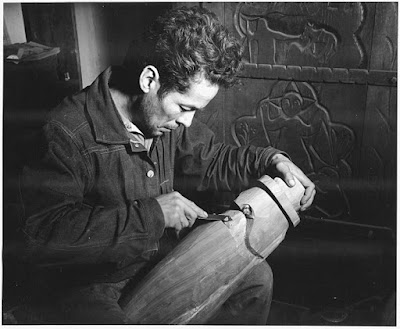 Irving Rusinow, Native Woodcarver Patrocina Barela, 1941
During the years just prior to World War II and for a short time after the war, American craft enjoyed powerful patronage from the Federal Art Project, the Museum of Modern Art and dynamic organizers like Aileen Osborn Webb. Brilliant "unknowns" such as the Taos wood sculptor, Patrocina Barela, were discovered. A new role for craft makers, in the design  of industrial products in the early 1950's, was explored.
Many of these initiatives were short-lived or achieved limited returns for all the heroic effort of the participants. The ultimate disappointment of so many visionary plans and hard work makes for some discouraging reading. Alas, that gifted, hardy souls dedicate so much effort to hand-made works of art and utility for so little return is one of the constant features of craft.

Adamson is an able writer, with a sure command of his subject and a passion for it, too. In his final chapter, he comments on some promising craft initiatives, especially in "rust belt" communities which refuse to abandon hope, even after corporate factories have closed or moved to Latin America or Asia.

Craft: an American History is an outstanding book, but it would have been an even more compelling one by allowing  space for discussion of actual craft making. Adamson pauses only occasionally to examine, in some detail, the masterpieces made by his protagonists. An exception is the case of Adelaid Alsop Robineau's Scarab Vase (Apotheosis of the Toiler), created in 1910. 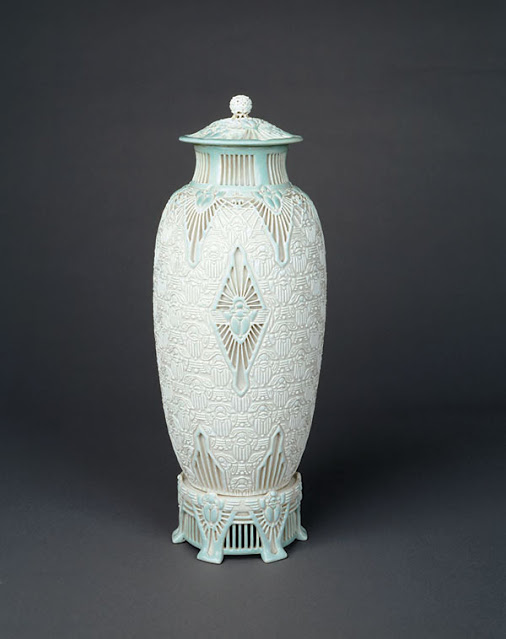 Robineau, who started painting ceramics, succeeded in mastering the difficult  technique for making porcelain. From there she went on to create "one of the most extraordinary feats of craftsmanship ever realized in America":

Robineau spent more than a thousand hours making the carved porcelain vase, only for it to crack in its initial firing. She persisted, filling the tiny fissures with a paste of ground porcelain and firing it again, this time successfully. She also selectively glazed the piece to highlight its delicate openwork structure.

The drama of Craft: an American History is greatly enriched by this account of Robineau's relentless pursuit of beauty. Her trial and ultimate triumph symbolize the hand-made and hard-won destiny of the American people, a story which Glenn Adamson so movingly tells.

Posted by Art Eyewitness at 7:51 AM