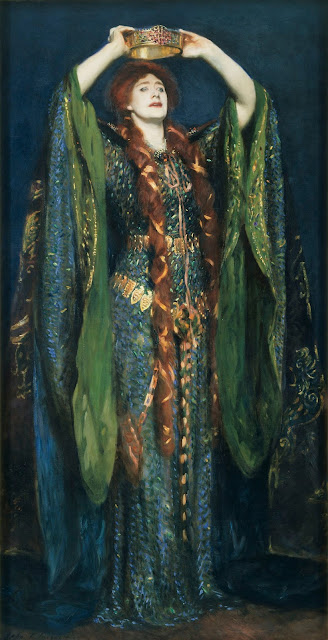 During the early winter of 1889, Oscar Wilde witnessed a scene so extraordinary that otherwise only he could have imagined it. A striking red-haired woman, dressed in a shimmering green dress, travelled in a carriage down Tite Street in the Chelsea neighborhood of London.

A queen, Shakespeare's Lady Macbeth, had come to Victorian London. She was clad in a dress decorated with the iridescent wings of over one thousand beetles. Her gown glistened as if covered by links of emerald green armor.

"Lady Macbeth" was in reality Ellen Terry, the queen of the London stage. Terry was appearing as Lady Macbeth at the Lyceum. She was approaching the studio of John Singer Sargent on Tite Street to have her portrait painted when Wilde glimpsed her.

Wilde immortalized the moment as only he could have done:

The street that on a wet and dreary morning has vouchsafed the vision of Lady Macbeth in full regalia magnificently seated in a four-wheeler can never again be as other streets: it must always be full of wonderful possibilities.


The galleries of the Metropolitan Museum of Art are always "full of wonderful possibilities." However, the presence of Sargent's Ellen Terry as Lady Macbeth in the Met's Sargent: Portrait of Artists & Friends exhibit imparts a special power to an already spectacular array of paintings. 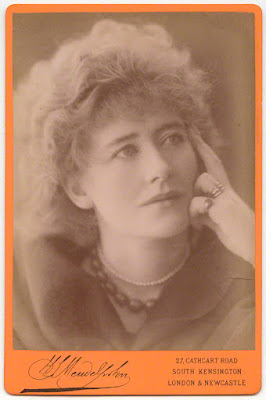 Ellen Terry (1847–1928) was born into an English theatrical family and literally grew-up on the stage. The adolescent Terry served as a muse for leading English artists during the 1860's, the height of the "Angel around the House" era with its depictions of demure girls and young women. Terry figured in two of the most celebrated mid-Victorian portraits, Julia Margaret Cameron's Ellen Terry at Age Sixteen and Choosing by George Frederic Watts. 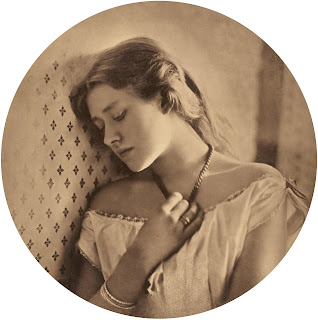 Julia Margaret Cameron, Ellen Terry, at the Age of Sixteen, 1864


In 1864, Terry, aged seventeen, married Watts, thirty years her senior. According to Michael Holroyd's 2008 biography of Terry, the young actress was disenchanted by the backstabbing rivalries of theatrical life. She saw marriage to Watts, "England's Michelangelo," as a means to enter a brilliant world of culture and refinement. 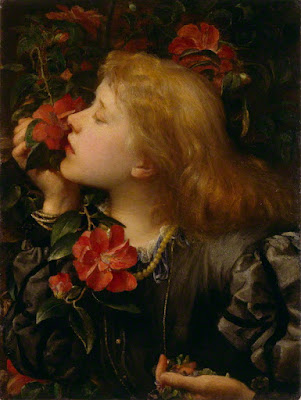 Watts was a bit too cultured and too refined. Terry nearly withered in the artificial "sweetness and light" atmosphere of the Holland House group which counted Watts as a leading member. How Terry managed to make good her escape and retain the approval of Victorian society can best be followed in Holroyd's wonderful book, A Strange Eventful History.


In 1878, Terry entered into a professional "marriage" that was as successful as her domestic relationship with Watts was a disaster. Terry's partner was Henry Irving, the first actor who would be knighted in recognition for his services to the British stage. These were many and far-reaching, including his support for Terry's career. But the opportunity Irving extended to Terry to work on equal terms with him was not only generous. It was a smart move. 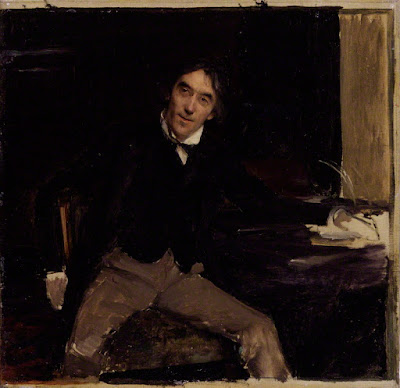 Irving's acting specialty was to give richly nuanced interpretations to protagonists customarily regarded as villains. In 1879, he and Terry forever redefined The Merchant of Venice with a version of the play that stressed humanity in the personality of Shylock. Irving naturally portrayed Shylock, with Terry as Portia. The British stage was transformed.


In 1888, Irving and Terry did the same for Lady Macbeth. In Terry's astute handling of the role, it is Lady Macbeth's misguided love and belief in her husband, rather than innate evil, that leads her to encourage him to seize the throne of Scotland. 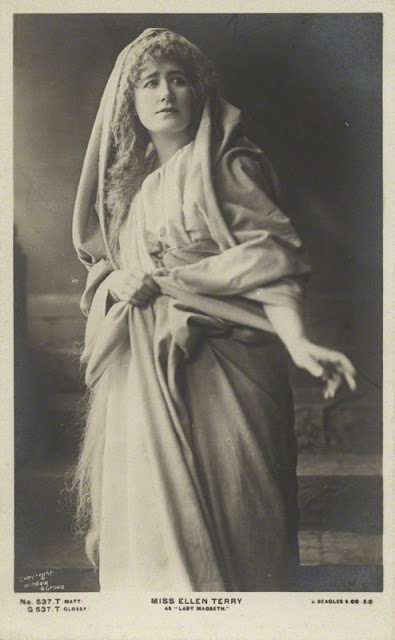 If Lady Macbeth is not evil incarnate, the extraordinary dress she wears is a testament to the effect of wickedness. The shimmering gown exemplifies the disguises that people use to throw a cloak of glamour over sordid and murderous deeds.

Oscar Wilde, who saw Ellen Terry as Lady Macbeth, grasped the significance of her dress. Where all the others in the play wear the rough homespun and furs of a Dark Age kingdom, her attire makes for a vivid contrast.

"Lady Macbeth seems to be an economical housekeeper and evidently patronizes local industries for her husband's clothes and servant's liveries," Wilde archly commented, "but she takes care to do all her own shopping in Byzantium." 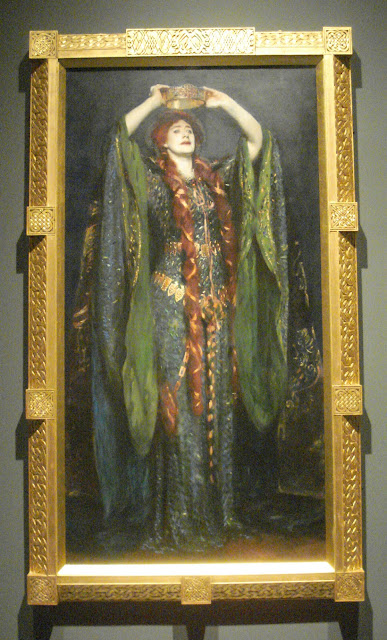 The radiant, alluring gown was created by the noted designer, Alice Comyns Carr. It still exists, recently restored, and can be seen at Ellen Terry's home, Smallhythe, a National Trust site in Kent. For all its exotic, indeed sinister, beauty, the dress is a stage prop. It was Ellen Terry who made it come alive.

Sitting in the audience on the opening night of Macbeth on December 29, 1888, John Singer Sargent was entranced. He decided to paint Terry so as to evoke this magical effect. 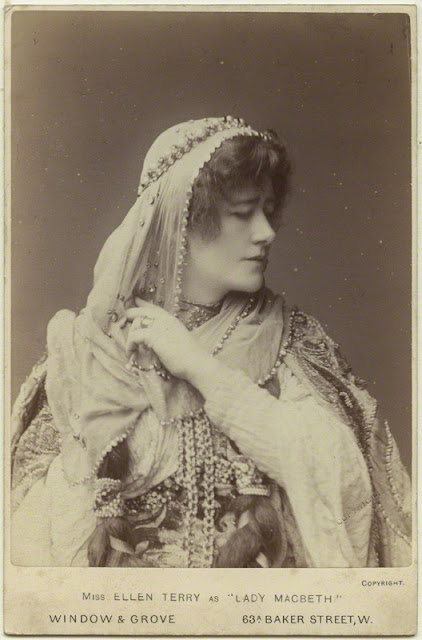 
Terry, after some initial hesitation, agreed to pose for her portrait as Lady Macbeth. Sargent began doing preparatory sketches. He was undecided upon which moment in the play to focus. Then in a stroke of true genius, Sargent made one of the boldest decisions of his career. He imagined an original scene not in Shakespeare’s text.

After King Duncan is murdered, Lady Macbeth takes hold of a diadem to crown herself queen. In this one, astonishingly powerful scene, Sargent evoked the emotional transformation of Lady Macbeth from a loving, if ambitious, wife to a power-maddened, then guilt-stricken, wretch. 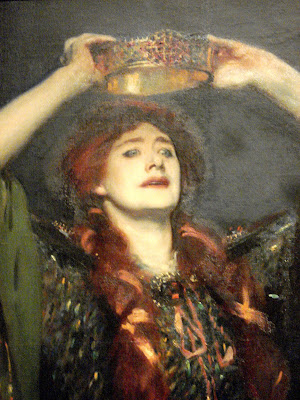 We look into the eyes of Sargent’s Lady Macbeth and watch her soul dissolve.

Sargent's triumph with Ellen Terry as Lady Macbeth matched that of the actress herself on the stage. An art critic for the Magazine of Art exclaimed that no contemporary portrait "excels this in grandeur of pose, fineness of modelling, and magnificence of colour.”

Indeed, Sargent succeeded in conveying the actual, electrifying feel of the play, even though what he depicts is an imagined moment in Macbeth. Ellen Terry as Lady Macbeth truly has the impact of a live stage performance. Sargent captured the sense of physical movement and character development taking place on stage.

Even now, the effect is dazzling when you walk into the gallery of Sargent: Portrait of Artists & Friends and confront Ellen Terry as Lady Macbeth. Nothing really prepares you for the impact of this truly stunning work of art. And very few of the other works in the Metropolitan Museum's Sargent exhibition, for all their undeniable quality, can match its power

There is an urge to call Ellen Terry as Lady Macbeth the "show stopper" of Sargent: Portrait of Artists & Friends. It is that - but this incredible painting is so much more besides.
Ellen Terry as Lady Macbeth stops us in our tracks as moral beings, not just art lovers. We are compelled to look into her deranged, conflicted eyes and think on the subject of good and evil.  We've seen such looks in other eyes on other faces.  Most likely, we will see that look again - hopefully not in the mirror.

Anne Lloyd, Close-up of Ellen Terry as Lady Macbeth at the Metropolitan Museum of Art, 2015.  Copyright of Anne lloyd, all rights reserved
Posted by Art Eyewitness at 7:53 AM