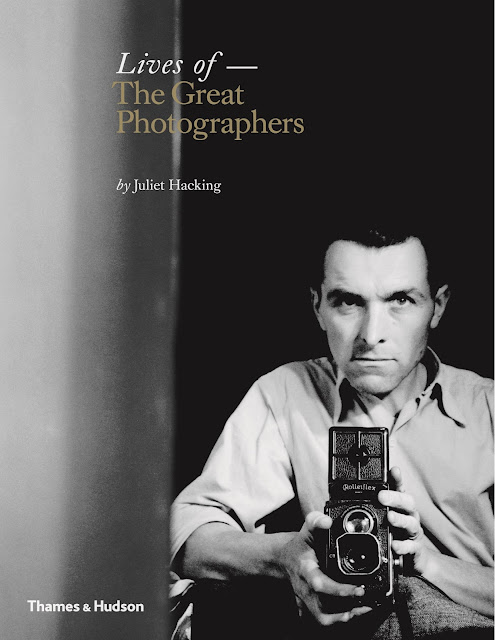 Lives of the Great Photographers

Even before you get a chance to peruse the superb new book, Lives of the Great Photographers, the title itself makes a bold statement - a very bold statement.

With The Great Photographers emblazoned in gold letters on the dust jacket, author Juliet Hacking stakes a claim to an illustrious pedigree for her book. Hacking, in the opening lines of her introduction, directly references the foundational text of all Western art history, Giorgio Vasari's Lives of the Most Eminent Painters, Sculptors, and Architects.

Vasari's Lives was published in 1550. This collective biography of Italian Renaissance worthies has influenced the way that artistic achievement has been evaluated to the present day. Trends and "isms" there might be, but art history after Vasari was largely a "portrait of the artist as a great man." With "heroic" characters like Alfred Stieglitz, Robert Capa and Ansel Adams at work behind the camera, photography seemed a perfect fit for Vasari's biographical approach to history.

The sheer boldness of Hacking's premise, however, derives from the way she that addresses the challenges of Modernism to the "great man" approach to art appreciation. By the mid 1800's, when pioneer photographers like Roger Fenton and Gustave Le Gray were finally winning recognition for photography, the hallowed traditions of Old Master ancestor worship were giving way to new and often unsettling artistic realities. 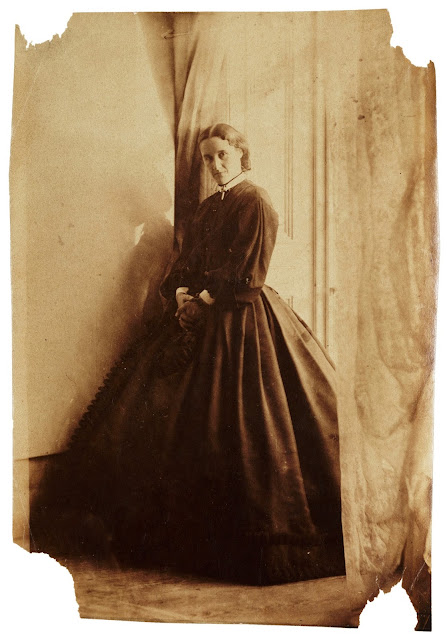 Women of talent like Julia Margaret Cameron (1815-1879) and Lady Clementina Hawarden (1822-1865) were asserting their right to a place in the elite of photography, just as Mary Cassatt and Berthe Morisot were doing in painting. During the twentieth century, women photographers would excel in every genre of photography, from Hanna Hoch's mastery of photomontage to the photo journalism of Margaret Bourke-White.

Even more threatening to the Old Guard was the collapse of the concept of national "schools of art." This gained speed in the crucial first decade of the twentieth century. During these years, the "School of Paris" drew ex-patriot artists from around the globe, with Eastern European  sculptors and painters like Constantine Brancusi, Marc Chagall and Chaim Soutine leading the way. Likewise, "German" Expressionism was largely  a Russian art colony founded by Vasily Kandinsky in Bavaria.

Photography followed suit. There never developed a French school of photography. The great early figure of French photography was Nadar (1820-1910, born Gaspard-Félix Tournachon). Nadar, was more of a showman than a practicing photographer. As Hacking's biographical essay notes, it is questionable how many of Nadar's photos were actually taken by him or by his brother. 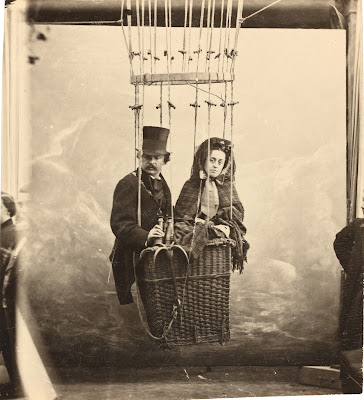 Nadar, Self-portrait with Wife Ernestine in a Balloon Gondola, 1865

In the case of a true master of French photography, Eugène Atget (1857-1927), the legacy of his poetic evocations of Paris is indisputable. So is the fact that Atget's work was rescued from oblivion by the American photographer, Bernice Abbott, and resides in the archives of MOMA in New York City rather than the Bibliothèque nationale de France.

Even though Franklin D. Roosevelt's New Deal financed great American photographers to document the Great Depression of the 1930's, an American school of photography never developed either. Nor was there a British school or a German school.

The greatest British photographer of the twentieth century was the German-born Bill Brandt (1904-1983), whose career Hacking charts in a brilliant chapter. Some of Brandt's early work, like his landscapes of "Bronte country" in Yorkshire, evokes English themes. But most of his later photographs, especially his series of nudes "featuring Alice in Wonderland-type distortions of size and scale," defy national classification.

The Nazis certainly tried to foster - and brow-beat - the development of an Aryan "school" of German photography. That was part of the tragedy of August Sander (1876-1964), who is also featured in Hacking's book.

Sander's portraits in his People of the 20th Century series showed down-to-earth Germans engaged in prosaic, unwarlike tasks like walking to a country dance. Sander's work was deeply humanistic and consequently was suppressed by the Third Reich. In a cruel twist of fate, thousands of Sander's negatives were destroyed by an Allied bombing raid during World War II.

There is one constant factor, one shared point of life experience that defines "great" photographers. They are all outsiders. 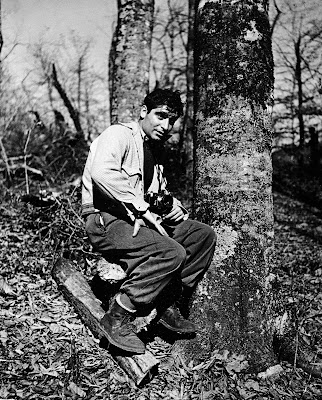 "It is not enough to have talent," Capa declared. "You also have to be Hungarian."


Capa (1913-1954), Brassaï (1899-1984, born Gyula Halász), László Moholy-Nagy (1895-1946, born László Weisz) and André Kertész (1894-1985) were all Hungarians. All were born as citizens of the declining Austro-Hungarian Empire where Hungary played "second fiddle" to Austria.  All were politically liberal (in several cases Communists or sympathizers of the short-lived Marxist regime in post-World War I Hungary). All were Jews or of Jewish ancestry. Thus, they were born "outsiders," primed to observe life from beyond a privileged comfort zone.

It is amazing how many of the great photographers were Jews or of Jewish ancestry: Diane Arbus, Richard Avedon, Margaret Bourke-White, Claude Cahun, Irving Penn, Man Ray, Alfred Stieglitz and Paul Strand to name only those who appear among Hacking's biographies. Robert Frank, Nikolas Muray (also born in Hungary), Doris Ulmann and Gary Winogrand were notable Jewish photographers, but did not make it into Hacking's book - there just wasn't room enough for all! 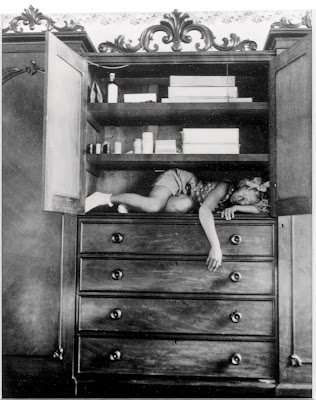 
Since almost of these photographers embraced their art from a secular, internationalist perspective, there is not a Jewish School of photography that can claim their membership. There is, I think, a Jewish sensitivity, a Jewish empathy for outcasts, underdogs, victims and martyrs. Hacking in her beautifully written biographies does not comment on this in detail, but perhaps there is no need to belabor the obvious.

In many cases, family trauma or economic hardship took the place of religious or ethnic prejudice, prompting an "outsider" mentality in people of "approved" lineage or social background. Walker Evans used a Kodak Brownie to find a creative outlet when his family was shattered by the break-up of his parent's marriage. Even Ansel Adams, who had an idyllic childhood in many respects, was marked by the competing demands of devoting himself to music (at the urging of his family) or to photography.

The twentieth century, during which the majority of these photographers practiced their art, was a time which called for determination and skill in life and photograpy. To survive the wars, purges, economic slumps and the goose-stepping rhetoric of dictators was a pre-condition and a prerequisite for taking memorable photos of twentieth century events. 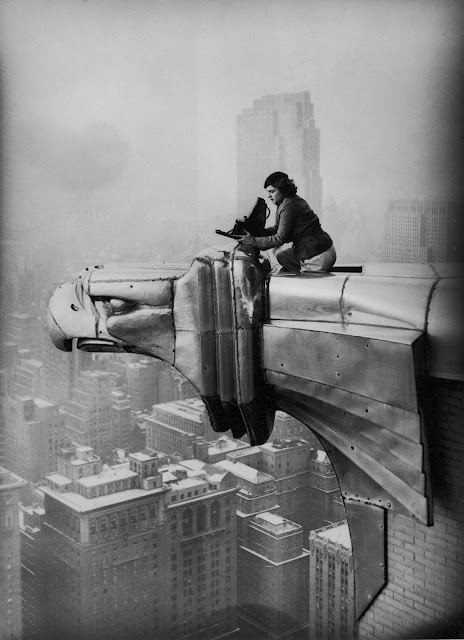 
The "great" photographers in Hacking's book - and working today - are those whose skill, determination, vision and life experience place them in the right spot at the right time with the right "stuff" to capture immortal pictures.

Hacking takes all these factors into her consideration. In these masterful short biographies. Hacking probes the psychological depths of her protagonists. She gains a feel for the essential elements of their characters which informs her discussion of their work methods, technical know-how and political ideals.

After reading these brief, brilliant essays, I definitely wanted to know more about Capa, Steichen, Bourke-White and company. However, I always felt that Hacking had succeeded in gaining their true measure in what she presented.

When Vasari wrote about his Renaissance men, he characterized them as “Most Eminent.” Hacking is a bit more skeptical. No reader will mistake this book as one of hagiography rather than about photography. 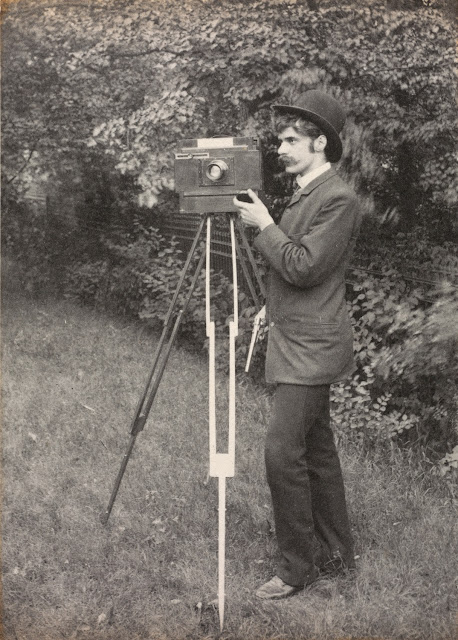 With her keen eye, Hacking spots plenty of character flaws amid the marks of genius. To highlight but a few: Alfred Stieglitz's Svengali-like manipulation of "his" artists, the peevish sense of lack of appreciation which André Kertész felt in the United States after escaping from the Nazis, the flagrant marital infidelities of Walker Evans, about which he honestly declared, "I've never been faithful to anything but my negatives."

Juliet Hacking is certainly faithful to her protagonists. When she comments upon the deeds and characters of these great photographers it is never for the sake of sensationalism or controversy.

Juliet Hacking got very, very close to Capa, Atget and the rest. In Lives of the Great Photographers, she focused on the person behind the camera, presenting unforgettable portraits of these image makers in the full frame of their humanity.
***
Text: Copyright of Ed Voves, all rights reserved