Art Eyewitness Book Review: The Lives of the Surrealists by Desmond Morris 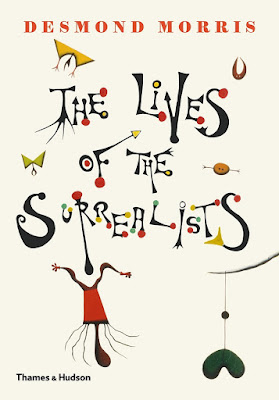 The Lives of the Surrealists

Surrealism, the twentieth century art movement which sought to do away with art, was announced to the world in 1924. André Breton’s First Manifesto of Surrealism proclaimed that art was now to be created “in the absence of any control exercised by reason, beyond any aesthetic or moral concern.”

In short, Breton pronounced the death of Art – or at least of the kind of art that had been embraced in the Western world since the Renaissance.

It is peculiarly appropriate that Desmond Morris should evoke the very book that established the ideals of the Renaissance during the 1500’s in his book on the “Anti-Renaissance” of the 1900's. For his collective biography of the leading figures of the Surrealist movement, Morris recycled the title of Giorgio Vasari's Renaissance-era classic, The Lives of the Most Excellent Architects, Painters and Sculptors, aka “The Lives of the Artists.”

Morris’ choice of title, The Lives of the Surrealists, is not without some risk. The Surrealists were defiant in opposing everything that Vasari held dear –the rules of perspective, the careful delineation of form, the ideal of beauty. Where the Renaissance masters had sought to present the natural world as God's handiwork, the Surrealists probed the interior world of alienated humanity, a realm where nightmares were more prevalent than visions and dreams. 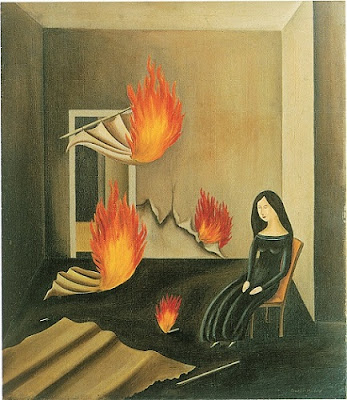 Is Morris setting himself up for a fall by treating iconoclasts like Salvador Dali, André Masson, René Magritte, et al., with the kind of acclaim that Vasari had accorded to Leonardo, Raphael and Michelangelo?

Vasari and Morris actually have a lot in common. Morris, like Vasari, is a painter who personally knew many of the artists whose lives he so vividly portrays. Henry Moore, Joan Miró, Francis Bacon were some of the major Surrealists who were on friendly terms with Morris. Among the lesser known, all active in the British wing of Surrealism, Roland Penrose, Conroy Maddox and Edouard Mesens were close to Morris. Mesens sponsored the first exhibit of Morris' own Surrealist work in 1950. 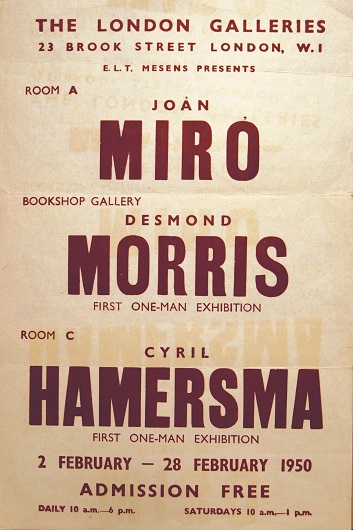 Edouard Mesens (1903-1971), born in Belgium, was also a close friend of René Magritte (1898-1967). Morris was thus accorded privileged access to stories about the enigmatic Magritte. Second-hand testimony like this endows Morris' book with an immediacy which few other books about Surrealism can match.

Morris recounts how Mesens once walked into Magritte's studio and heard Magritte complaining to himself, "boring, boring, boring,"

Magritte, as is well-known, painted in an Old Master representational style. He was bored with painting because what he enjoyed was conceiving of the bizarre subject matter and  incoherent titles of his art works. That act of conception was the surreal element of Magritte's work and of his personality.

Why Magritte painted the "treachery of Images" - pipes that were not pipes, a man selecting facial expressions as if he were choosing a hat - may be explained by the effect of a family tragedy during his youth. Magritte's mother committed suicide in a particularly gruesome manner.

While the effect of this experience of horror may have planted the seed of revolt in Magritte, the same does not appear to be true for most of the other Surrealists. Family tragedy at a young age occurs in only one other instance in Morris' book. Arshile Gorky's mother starved to death during the Armenian genocide in 1919, while helping her children escape. All of the other Surrealists grew-up in a comfortable life style, largely free of worry. A few - Leonara Carrington, Roland Penrose and Wolfgang Paalen - came from very wealthy families. 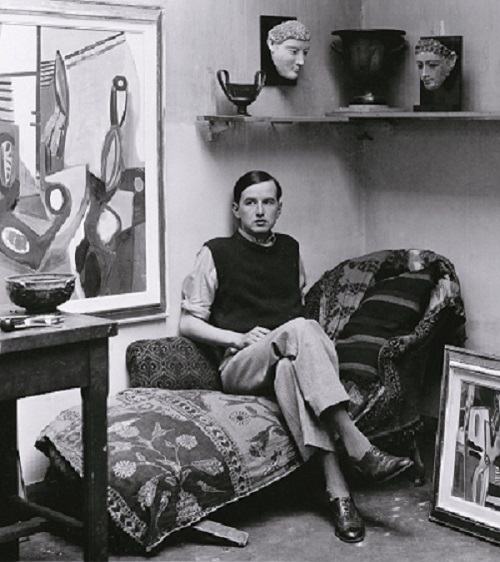 Wolfgang Paalen (1905-1959), despite family money and a rich patroness ran through his resources and took to art smuggling. He eventually committed suicide in a remote location in Mexico where his corpse was set upon by wild pigs. Before this truly surreal demise, Paalen invented a technique called fumage, which involved streaking paint on canvases that had been exposed to smoke from a candle. Paalen's work during the 1930's influenced the American Abstract Expressionist painters, though Jackson Pollock scoffed at fumage. 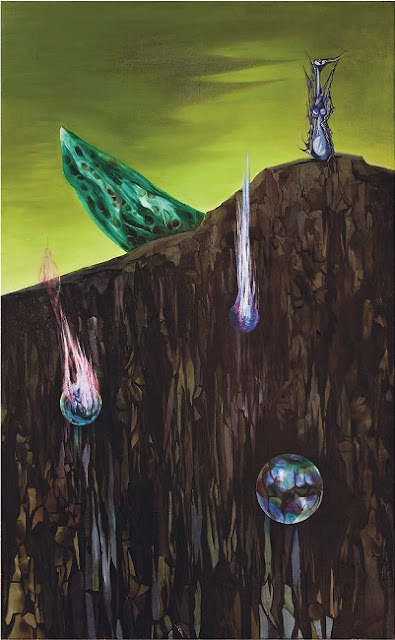 If there is a common element to the lives of the Surrealists it was their rebelliousness against middle class morality. Many of the Surrealists were born during the 1890's, the last decade of Victorian respectability. It was against the conformist elements of Victorianism that the Surrealists rebelled. The slaughter of World War I was experienced by several Surrealists (Henry Moore, Max Ernst, André Masson) but a long-ticking social/emotional time bomb actually preceded the war.

This brings us to the central figure in Surrealism, André Breton (1896-1966). Having announced in the movement’s First Manifesto that art originates in the unconscious mind and cannot be directed by ethical precepts, Breton turned this theory into an ironclad creed. Artists like Salvador Dali and Henry Moore who refused to follow his dictates were expelled from the movement. Breton's ruthless treatment of dissenters was the artistic counterpart of Stalin's purges of the Communist Party and the officer corps of the Soviet Army during the 1930's.

Morris writes very perceptively about Breton's micro-managing of a cohort of arch-individualists:

This was the basic contradiction of the surrealist movement that beset Breton with endless argument, dissertation and debate for the rest of his life. He must have been aware of this, but the perverse truth was that he relished the disputes and the protests. He positively enjoyed the tensions at the very center of the movement and sometimes seems to have deliberately inflamed the differences between the members of the group. The reason seems obvious enough - the more disagreement there was, the more important was his role as the judge and the jury.

The ruthless control of Breton, the "Pope of Surrealism," gave the movement a cohesion that insured its survival. The benefits of that forced-unity are open to question. The Dada movement, Surrealism's predecessor, lasted only a few years but these were generally very productive. Most of the truly creative Surrealists, Henry Moore and Pablo Picasso, used Surrealist ideas and techniques for a few years and then moved on. Wolfgang Paalen, before his descent into hell, enjoyed three years of great success in the late 1930's.

If Surrealism had remained an option for artists during the 1920's and 1930's, rather than an "either-or" choice, the amount of quality work produced would have been much higher and the positive impact of Surrealism much greater. That is not what occurred.

In order for Surrealism to succeed as "movement," individuality was subordinated to Breton's dictatorship. Creativity was lost and many of Breton's acolytes frittered away their time and talent during the 1930's producing artworks of little value, based on a game of chance called "Exquisite Corpse." Also, a great deal of Surrealist "energy" was of the sexual kind, absorbed in marital betrayal.

Morris ignores the absurdities of "Exquisite Corpse" but does give a considerable amount of attention to the sexual free-for-all that Surrealism occasioned. It's worth noting that the greatest sculptor of the Surrealists, Henry Moore (1898-1986), and the greatest Surrealist painter, Joan Miró (1893-1983), refused to join in the sexual mania of their colleagues - and the integrity of their work shows it. 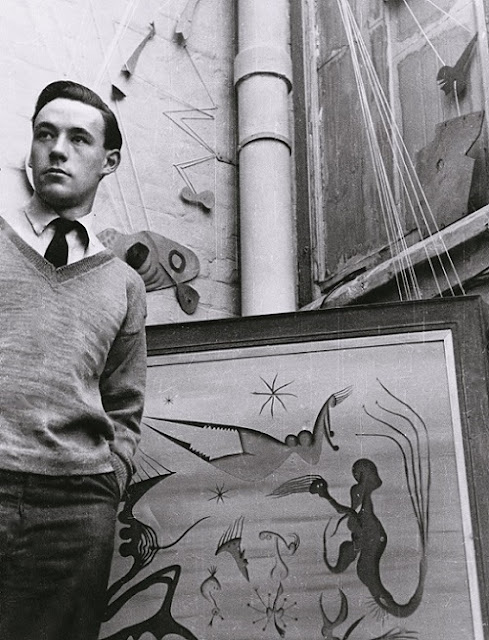 The chapter on Miró is a particular high-point of The Lives of the Surrealists. Morris knew him well. Miró visited Morris at the London Zoo where Morris worked and was conducting art experiments with a chimpanzee named Congo, who painted some pretty impressive Surrealist works. Miró was intrigued and swapped a painting with Morris for one of Congo's. Morris also shows a wonderful photo of Miró holding an exotic bird called a hornbill, taken by Lee Miller at the London Zoo in 1964.

Morris tells many amusing anecdotes - usually packing important insights. This makes The Lives of the Surrealists an absolute joy to read. Morris is also famed as an observer of humanity and this is where his personal skill-set is deployed to brilliant effect. Here is what he has to say about Henry Moore:

The only time I ever annoyed him was when I suggested that it might be worth making a visit to see the huge, new sculpture-garden of a Scandinavian artist that was making the news in the 1960's. To my surprise, Henry dismissed the man's work as appalling rubbish and a waste of space. This seemed so uncharacteristic of him because, on all other topics, he was the epitome of modest, friendly enthusiasm. I soon learned that there were two Henry Moores - the reserved, easy-going, eager-to-learn companion and the passionately driven sculptor who took no prisoners. 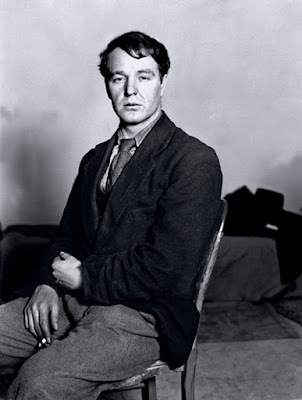 For Henry Moore, as Morris perceptively noted, "the only thing that really mattered to him, and filled most of his waking hours, was the creation of sculpture."

The creation of sculpture no doubt filled Henry Moore's night-time dreams as well. Great artists are like that. They never sleep.

Time will tell whether Morris' book will be referred to in the same way as "Vasari's Lives." After reading this thoughtful and hugely enjoyable book, I believe that there is a very good chance that “Morris’ Lives” will find a permanent place in the libraries of art history enthusiasts. They will keep it close to hand for frequent use, on the same book shelf as The Lives of the Most Excellent Architects, Painters and Sculptors.

Introductory Image:
Book Cover, The Lives of the Surrealists, Courtesy of Thames & Hudson.