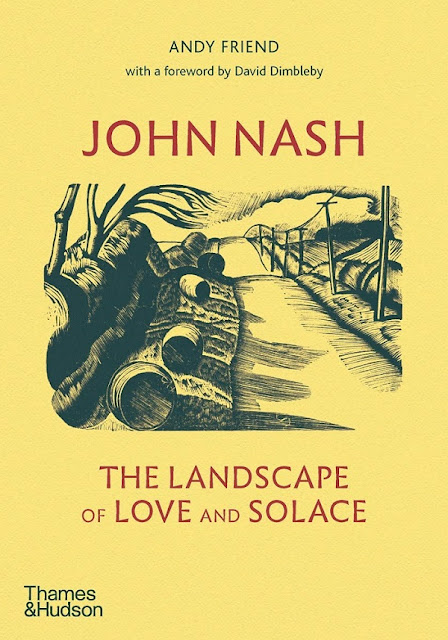 John Nash: the Landscape of Love and Solace

In one of the most memorable tales of Greek mythology, Narcissus looked into a pond and glimpsed his own image. He swiftly became infatuated, remaining oblivious to the love of the nymph, Echo.

Narcissism is a danger which can befall any human being, but is especially dangerous to artists. After all, they seemingly have god-like powers of creation and it takes a strong personal character not to succumb to debilitating self-regard.

In his new biography of the British artist, John Nash, Andy Friend charts the working life of a creative spirit who steadfastly avoided the fate of Narcissus. Nash frequently depicted ponds or woodland streams in his paintings, but when he looked into reflections in these watery mirrors, it was Nature itself which he beheld. 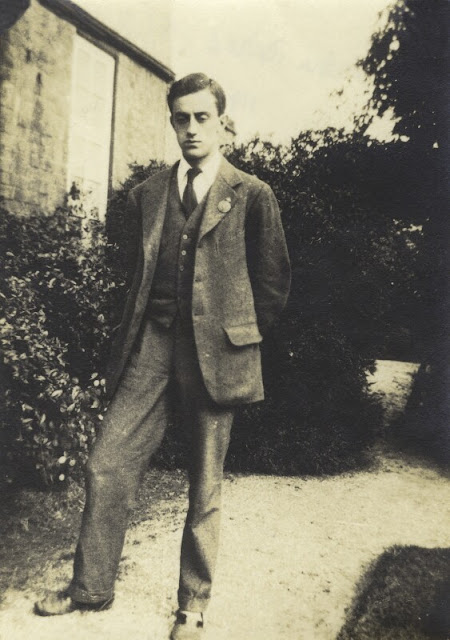 During his long life, John Nash, 1893-1977, frequently needed to call upon his reserves of fortitude. From childhood on, he encountered "Colonel Depression" and struggled against a life-long undertow of suffering and loss. Fortunately for Nash, there was a nymph in his life, whom he did not ignore. This was his wife, Christine, and Nash's eventual success as an artist was in no small part due to her.

This compelling biography recounts the unconventional, open-marriage which sustained Nash and his wife through two world wars, long stretches of near-poverty and the terrible calamity of the death of their only child in an automobile accident in 1935.

Nash's life and work were also much affected by his relationship with his artist brother,  Paul. It would be misleading to emphasize sibling-rivalry as a major factor. Paul Nash's enthusiasm and support were crucial in John's decision to become an artist. Yet, as Andy Friend  relates, their careers came to a point where their paths diverged. Paul went on to become one of the leading proponents of Modernism in British art. In 1933, when he founded Unit 1, an association of avante garde artists, Paul excluded his brother from its membership.

The defining event which initially linked the Nash brothers as artists was World War I. Both served in the British Army on the Western Front. Both were commissioned as war artists during the conflict - John at the very end - and both responded to the "Great War" in ways which shaped much of their outlook on life after the shooting stopped.

Paul received an officer's commission and, after he became an official war artist, had a staff car placed at his disposal in order to tour the British sector. He witnessed the appalling carnage at close hand and was frequently exposed to German artillery fire. 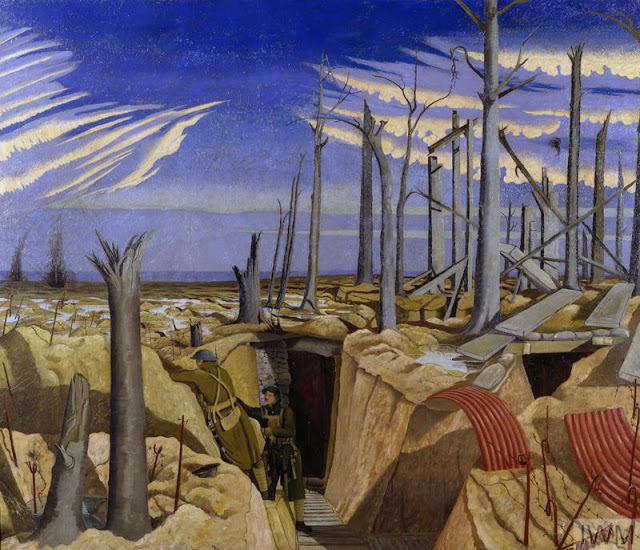 As a private soldier, John was forbidden to bring any artist's supplies into the front line. Apart from some hurried sketches, he had to rely on his memory to record the impact of war.The long, tedious hours spent in the front line at Oppy Wood, near Arras, would be summoned to life in one of his major paintings, completed after the Armistice of 1918.

On December 30,1917, John's company was hurled into the Battle of Cambrai. A few weeks earlier, the first massed use of tanks had ripped-open a gap in the German lines. But the British high command bungled this great opportunity by failing to bring in reinforcements. The Germans, clad in white winter uniforms, launched a devastating assault. John's unit, conspicuous targets in their olive drab battle gear, counter-attacked across the snow-covered No-Man's Land. John was one of the few survivors.

This atrocious debacle might have broken a lesser man but John Nash turned the experience into a powerful testament to the human spirit amid the folly of war. Andy Friend, who curated a recent exhibition of Nash's work in Britain, brilliantly analyzes the preparatory drawings which Nash made from memory, using them to compose his masterful painting of men in battle. 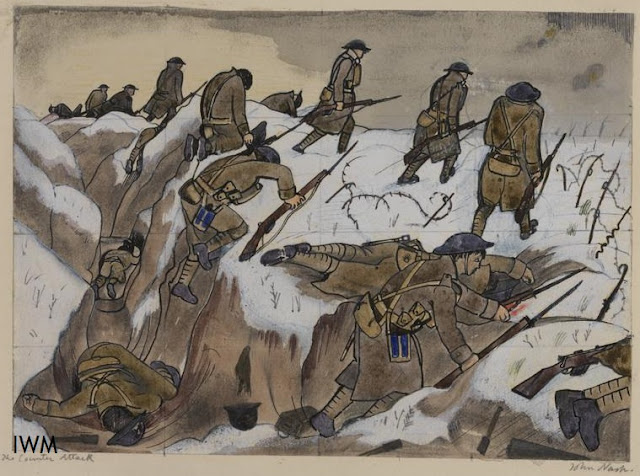 Nash's Over the Top is literally, as well as emotionally, a moving picture. By his brilliant use of cropping and the subtle variations in the pose of his protagonists, Nash propelled the action from the trench, toward the unseen German lines. There most of the company would fall, killed, wounded or pinned-down by machine gun fire. 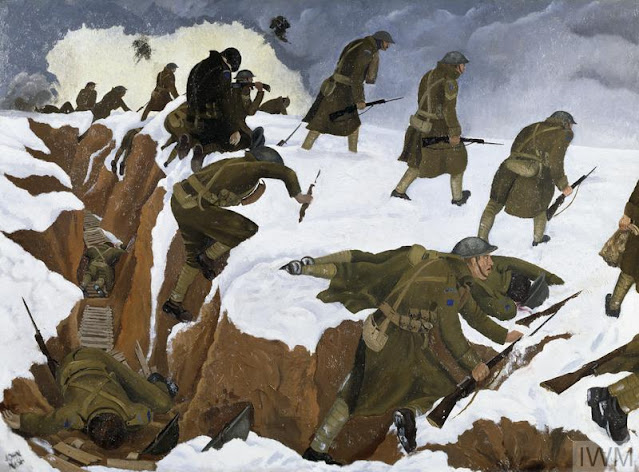 So vivid and believable is Nash's depiction of advancing troops that we half-expect to see combat medics follow them on to the picture plane, in order to carry the wounded and dying back to a field hospital. And we must never forget that Nash is recording, from memory, the sacrifice and death of comrades from his own unit, the 1st Artists' Rifles. These men are not just faceless "poor bloody infantry" plodding to their doom over a landscape of blood-tinged snow. Nash knew each of them by face.

John's oeuvre of war art was a major personal achievement of recall and creativity. He had dealt with bitter experiences, extended his range as an artist and produced a unique contribution to the national collection, instantly appreciated for its authenticity by those who had been there.

Friend, however, goes on to note that, following Over the Top and Oppy Wood, Nash would seldom "ever make human beings central to an oil painting." I was moved to compare Nash's postwar landscapes with those of his American contemporary, Charles Burchfield (1893-1967). A World War I veteran, Burchfield painted forests and fields, deserted by humanity, haunted by some malign spirit. Eventually, Burchfield achieved a level of spiritual transcendence in his paintings.

Were similar forces at work in Nash's art?

Nash's landscapes in the years just after World War I do strike me as having similar death-tinged nuances. In 1923, he painted The Moat, Grange Farm, Kimble, which evokes the setting of Oppy Wood. Instead of a trench there is a water-filled moat surrounded by leafless, misshapen trees. There is no evidence of human life and, strangely, the reflections of the trees in the water seldom conform to the shape of overhanging tree trunks and branches. These are not mirror images, but rather apparitions.

John Nash worked through and transcended his feelings of loss in order to find  solace in the landscape of England. We can readily see this emotional transformation in a later work, The Lake, Little Horkesley Hall, painted around 1958. 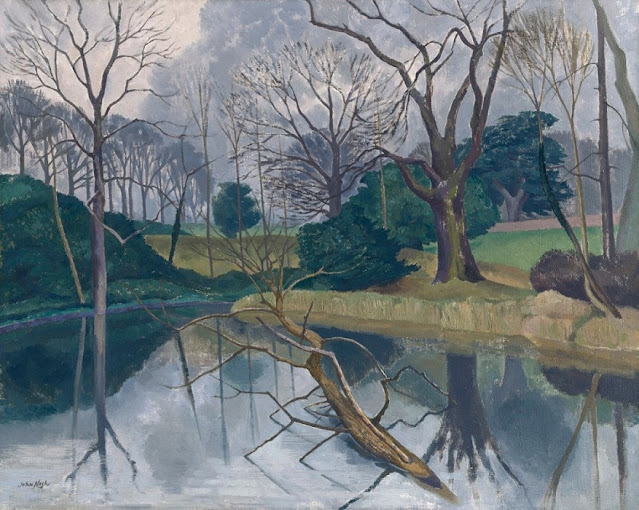 In this beautiful, lyrical, work, the reflections match "spot-on." Instead of the picture being devoid of people, Nash places us there in the role of direct, if unseen, observers.  And what is there to observe? It is nature regenerating itself, quietly preparing to burst into bloom when spring comes again.

Nash spent much of his life "regenerating" from World War I and, it should be noted, from a continuing cycle of the deaths of close friends and loved-ones. These losses included not just his little son, William, but the artist, Eric Ravilous, the subject of an earlier biography by Friend. His brother, Paul, who had battled asthma for much of his life, died soon after the Second World War.

Nash's life is a salutary example of the beneficial effects of work. Constant effort, dedicated attention to craft, insight infused with light from the act of daily looking and living with nature - this was the great drama of John Nash's life. Paul Nash was correct, whatever his motivation, for not enlisting him in Unit 1. Nash had to make a living, especially as his landscapes often went unsold. He earned his bread by mastering woodcut engraving and lithography. His illustrations for books and magazines rank among the best examples of these art forms, which were such a staple of commercial art during the early decades of the twentieth century that it is easy to overlook their brilliance.

Among the many merits of John Nash: the Landscape of Love and Solace are the quality of design and careful production values which are very evident when perusing its pages. Rather than being a large-format museum catalog, the book has an "old-fashioned" feel to it, like a quality novel from the 1930's. 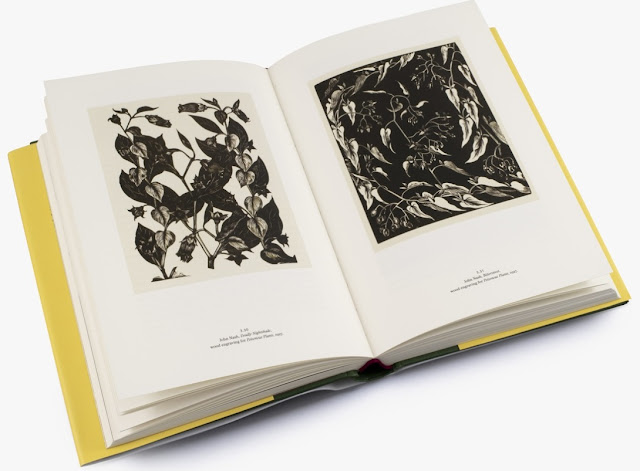 Books of the 30's and 40's certainly did not have so many colored pictures - brilliantly integrated with the text - as the present volume does. But the woodcuts featured in the book grab our attention and hold our interest just as they did in times past, when the number of illustrations was much fewer and far between than it is now.

The same exceptional merit is due to the text and the author who wrote it. Andy Friend has summoned John Nash back to life and introduced us to him. Nash had a great capacity for making friendships, all the more poignant for the many early losses through war and disease. Nash never stopped embracing  new friends even in old age.

After finishing John Nash: the Landscape of Love and Solace , I was very pleased to have made the acquaintance of its protagonist and to have enjoyed his company in this deeply satisfying book.

John Northcote Nash might well have spent his life in Narcissus-like, self-absorption. Instead, he reached out to his fellow human beings and focused on the mirror of Nature, which reflected back the quiet splendors of the world around him.

Introductory image: cover art of John Nash: the Landscape of Love and Solace

Page spread from John Nash: the Landscape of Love and Solace by Andy Friend. Courtesy of Thames and Hudson.