The Life of Animals in Japanese Art at the National Gallery of Art, Washington D.C. 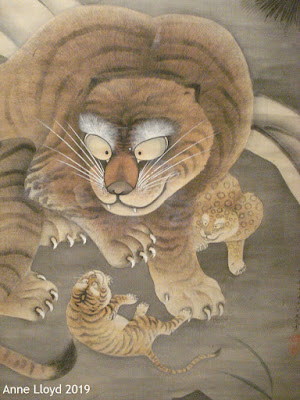 The Life of Animals in Japanese Art

As if the scope of the timeline of this wondrous exhibition was not audacious enough, the premise of its theme was even more so. Can a nation’s history be interpreted with art works depicting animals and their role in the national saga? The Life of Animals in Japanese Art answers that question with a resounding yes! 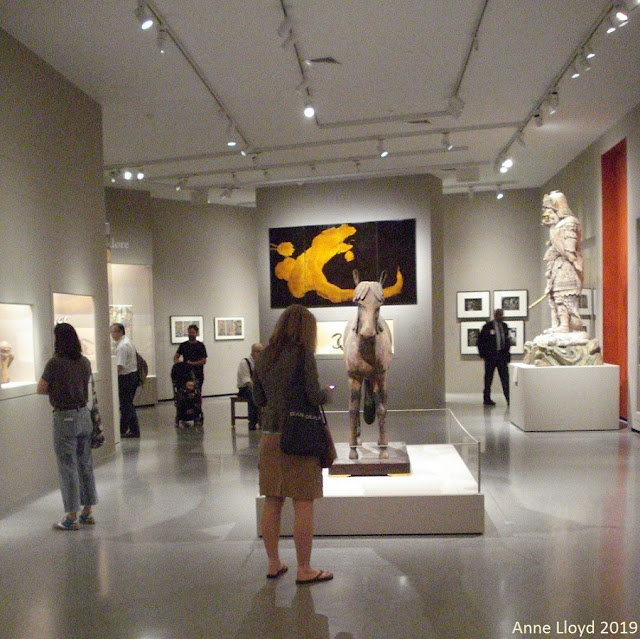 Displayed in the NGA’s renovated East Wing, The Life of Animals in Japanese Art traces the course of Japan’s cultural history and identification with animal life from the iconic Haniwa earthenware sculptures of the 5th–7th centuries to colorful 21st century animal “companions” created by Kusama Yayoi. Many of the 180 art works lent by museums and collectors in Japan are so delicate and light sensitive that they will be displayed in a two-phased rotation, the second presentation occurring in mid-July. 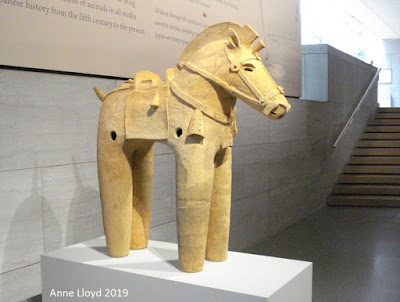 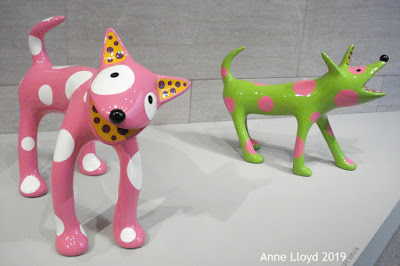 The exhibition was organized by Robert T. Singer, curator of Japanese art, LACMA, and Masatomo Kawai, director, Chiba City Museum of Art. The Natonal Gallery does not collect in the subject area of Asian art, which is left in the capable hands of the nearby Freer-Sackler Galleries. The vast scale of The Life of Animals in Japanese Art would have overwhelmed the Freer-Sackler exhibit space. Also, the National Gallery has a tradition of mounting great touting exhibitions of Japanese art, including the memorable Japan: The Shaping of Daimyo Culture, back in 1988.

In their introductory remarks, Robert Singer and Masatomo Kawai commented on the very significant factor of human co-existence with animals and nature in Japanese culture.

This sense of compassion and respect for the animals which share the earth with us is exemplified by a painting by Kanō Eitai (died 1842) which shows an actual event in which devout Buddhists release captured animals to allow them to live in freedom. Especially noteworthy in this moving work of art is the act of liberation in which one fisherman returns turtles and fish back to the sea while another releases carp into a freshwater lake.

In American history, by contrast, the emphasis was on the conquest of nature. This idea struck a particularly sensitive chord with me, so much so that I had to wrestle with this idea before I could begin to write this review.

As I reflected on this theme, I remembered a book which I had read as a child, Animals that Made U.S. History by Edith Dorian (1964). The author, who also wrote sensitively on Native American themes, narrated how the economic use – and abuse – of the beaver, salmon, buffalo, the longhorn cow and other animals had shaped the American nation.

As the exhibition affirms, animals have also made Japan's history. If not as spectacular as the story Dorian told over a half-century ago, The Life of Animals in Japanese Art has vital lessons to teach.The Japanese learned over the course of centuries not to take animals for granted. This more benign attitude is reflected in their mythology, religion, life style and art. 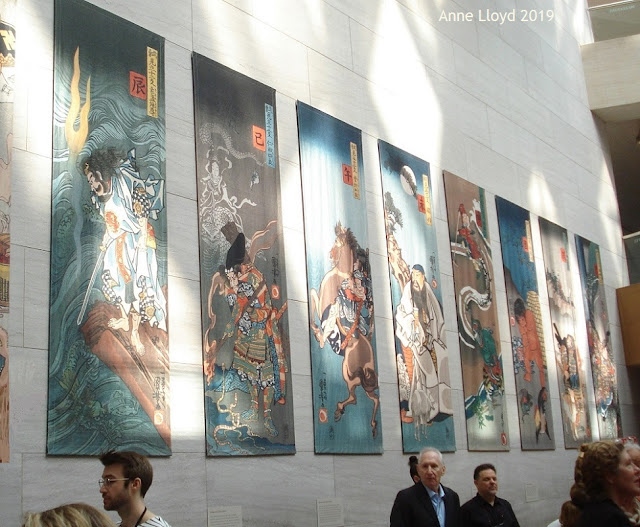 All the same, the Japanese empathy for animals is a hard-won attribute. At the entrance to the exhibition, scenes of the relationship of humans and animals are displayed in large woodblock prints made during the nineteenth century by Utagawa Kuniyoshi. The animals in question are the twelve zodiac animals. 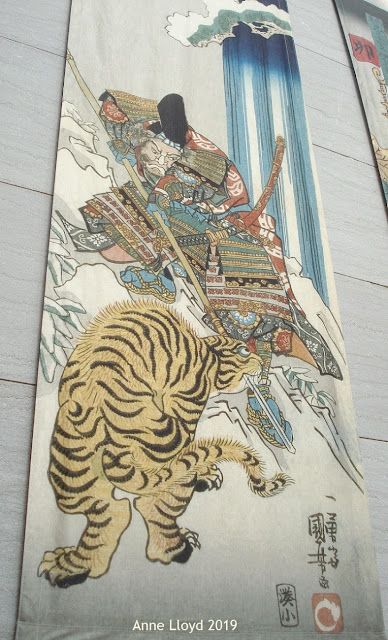 Some of the scenes are quite violent such as the one depicting the warrior, Kashiwade no Omi Hatebe, killing a tiger in Korea which had slain his child. Others scenes in this series, Bravery Matched with the Twelve Zodiac Signs, show animals and humans using brain rather than brawn, as in the case of the monkey king, Sun Wukong, who outwits an enemy pig.

Animals in Japanese folklore and culture are a force to be reckoned. And no animal exemplifies this more than the fox. If there is a four-legged hero in the exhibition, it is the bushy-tailed kitsune.

Foxes are regarded as a spiritual animal as we see in Utagawa Hiroshige's 1857 woodblock print, New Year's Eve Foxfires at the Changing Tree. According to Japanese folklore, foxes travel to the shrine of the god of the rice harvest, Inari, to pay homage on the last night of the year. From the breath of the foxes, tongues of flame are emitted which the foxes use to guide their journey through the darkness. 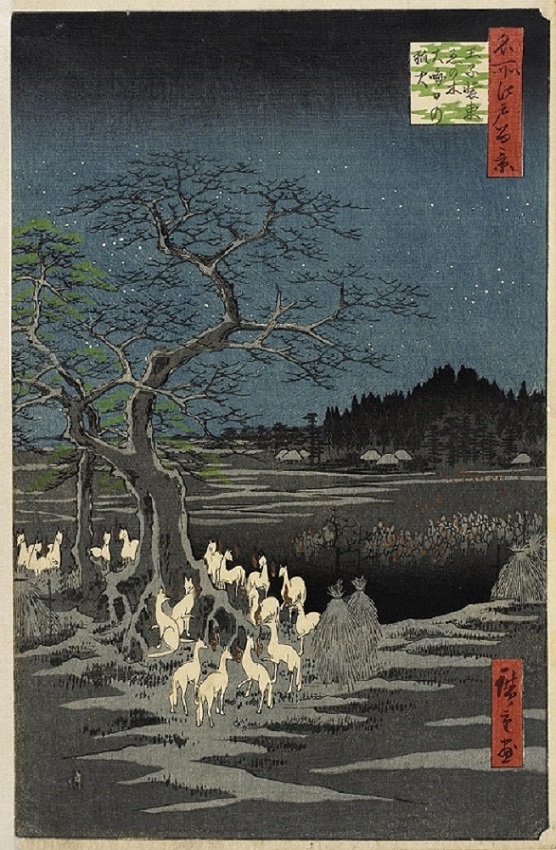 Utagawa Hiroshige, New Year's Eve Foxfires at the Changing Tree, ji,
from the series One Hundred Famous Views of Edo,1857

These lantern-like foxfires or kitsunebi were regarded by farmers in ancient Japan as a providential sign that the rice harvest would be a good one. Or so the story goes.

Foxes are multi-taskers in Japanese myth and folklore. Along with being acolytes to Inari, foxes can play a trickster role, like the coyote in Native American cosmology. According to Masatomo Kawai's commentary, foxes were reputed to be shape-shifters, taking on human guise to tempt and mislead humans, especially innocent Buddhist monks. In extreme cases, foxes could be malevolent, vampire-like predators of human beings. 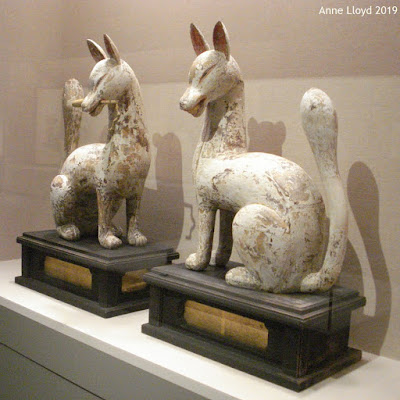 Looking at this pair of rare wooden fox statues which have been displayed since the 1300's at the shrine of Inari at Kiyama, is an unsettling experience. Nature, like the crafty expression of these foxes, is not something to dismiss as benign on all occasions.

The two principal religions of Japan, Shintoism and Buddhism, are the key determinants of the Japanese attitude to animal life. The more ancient of the two, Shinto, is native to Japan and stresses animals as messengers between humans and the divine forces residing in nature known as kami. Buddhism arrived from India and China via Korea in the sixth century. Buddhism, based on the principle of the rebirth of the soul, calls for kinship and compassion to animals. The souls of animals may indeed be the reborn souls of human beings trying to reach the ultimate state of salvation or nirvana. 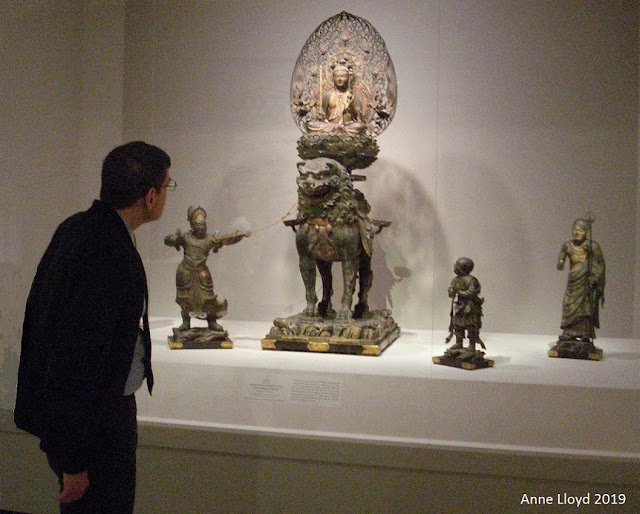 Asian animals, unknown in Japan, were often depicted in Buddhist art works. Buddhist deities like Fugen and Monju Bosatsu are often shown riding an an elephant or a lion.

Horses are a more conventional mount for humans but they too figure as spiritual beings. One of the center pieces of the NGA exhibition is the Sacred Horse sculpture, dated to the 1500's, Made from wood and lacquer with crystal eyes, this nearly life-sized steed was presented to the Sannosha shrine, in place of the gift of a living horse as was often done. 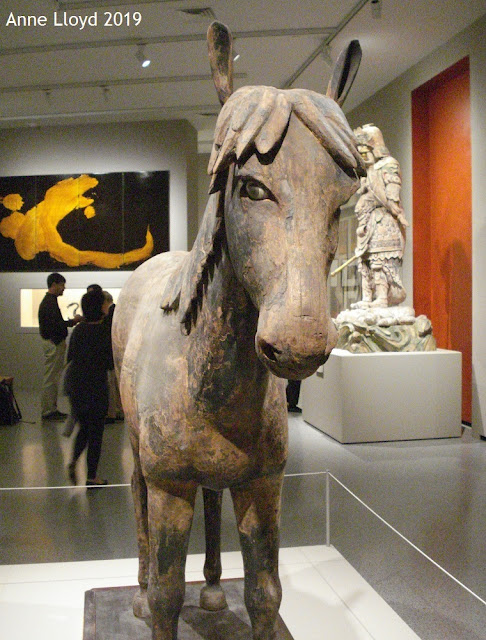 The color of horses was linked to rainfall and special prayers were said in conjunction with their presence. No doubt this was influenced by the Shinto concept of animal envoys to the divine kami. Prayers conveyed by dark-hued horses were held to be able to bring rain. When white horses were involved in these prayer rites, storms would cease. 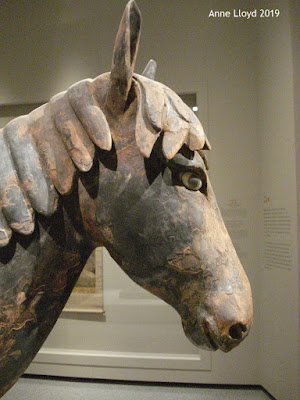 Whatever effect this horse sculpture had on the weather around the Sannosha shrine, it exudes an uncanny sense of real life in the NGA gallery. Stand in its presence for a while and truly you will believe in the life force of this horse - in the now,in the present moment.  The attraction of this incredible sculpture drew me back repeatedly during my visit to the exhibit.

I truly believe that there is an energy field throughout the exhibition galleries of The Life of Animals in Japanese Art at the NGA. I felt a similar sensation at the wonderful Tale of Genji exhibit at the Metropolitan Museum of Art, which also explored the intertwined nature of religion and culture in Japan.

The scope of The Life of Animals in Japanese Art is so great that even an extended review like this one can only convey an introductory survey. I have not even touched upon the spectacular screen paintings or the enchanting illustrated kimonos. These and other masterpieces of Japanese art I will leave for another essay, timed to coincide with the second rotation of art works in the exhibition.

For now, I will leave you with the image of one of the greatest of all the masterpieces on display in The Life of Animals in Japanese Art. This is the bronze statue, Deer Bearing Symbols of the Kasuga Deities. Cherished as an "important cultural property" of the Japanese nation, this beautifully sculpted work of art combines elements of Shinto and Buddhist religious beliefs.

In Japanese legend, a deity named Kasuga Myojin, mounted upon this deer, flew through the air from Hitachi to Nara, where deer are revered to this day. You can believe this legend or not. Yet, an air of serenity surrounds this wondrous animal. An ineffable "something" about it is so palpable that one's belief in divine forces is indeed stirred.

Stand for a while in front of Deer Bearing Symbols of the Kasuga Deities or Hiroshige's New Year's Eve Foxfires at the Changing Tree or any work of art you may choose from the NGA exhibition. You will soon forget that you are in a museum.

Instead, you will feel that you are standing upon holy ground - as indeed you are.

Anne Lloyd, Photo (2019) Gallery view of The Life of Animals in Japanese Art exhibition at The National Gallery of Art, Washington D.C.